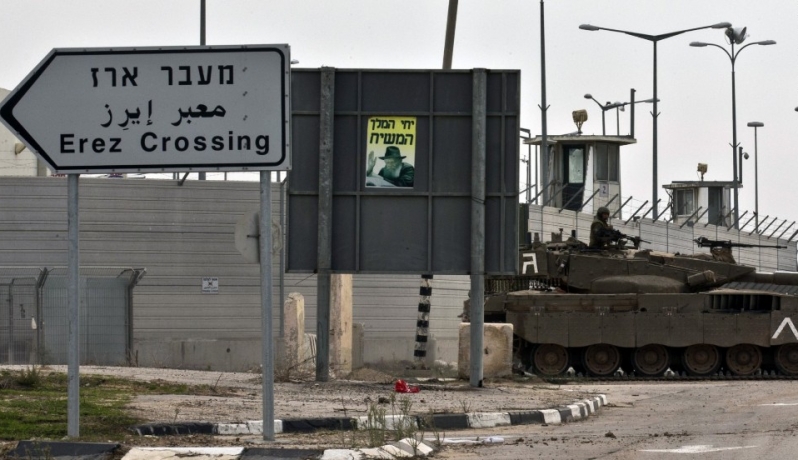 While two of the businessmen were released, says the Geneva, Switzerland-based organization, 17 were still in detention at the time of publication.

“These incidents raise doubts about Israeli intentions,” says Ihsan Adel,Euro-Med Monitor legal advisor. “Frequent detentions are blatant intimidation, and delays of several hours or longer also disrupt their ability to make their appointments. Despite their statements to the contrary, one has to wonder if the Israel government is deliberately trying to prevent the Gaza economy from recovering.”

For example, a number of the detained merchants import products that fill daily needs of families in Gaza.

According to Euro-Med Monitor researchers, one common precept used to detain Palestinian businessmen is accusations of buying “multi-use” products that can then be used by “hostile groups” in Gaza to replenish their resistance capabilities. For example, cement can be used both for homes and businesses or to fortify bunkers, so goes the charge. However, all imports into Gaza are subject to strict Israeli monitoring, in which all products and materials are subjected to intensive examination. These same items were formerly brought into Gaza through tunnels from Egypt. However, Egyptian security forces' has since destroyed the tunnels, making the Israeli crossings the only alternative. Erez now is the only corridor through which Gaza's businessmen can travel to Israel on business, and Kerem Shalom is the only gateway for goods.

Israeli interrogators as questions related to individuals’ occupational backgrounds, reasons for traveling, the nature of their social interactions and their affiliation with political parties. The Euro-Med Monitor investigation team also found that intelligence operatives frequently attempt to force businessmen to disclose alleged information about armed factions within Gaza. If they refuse to collaborate, they are stripped of their entry permits. During the process, detainees are humiliated and treated inhumanely, including verbal insults and binding of the hands.

Businessmen are not alone. Israeli authorities deliberately limit every Palestinian’s access to Erez, even though it is the only crossing point established for individuals, including merchants, students, persons with medical problems or others. The result is that only five percent of Gaza residents are eligible to use the crossing. In addition to attempts to coerce them into collaboration, Palestinians travelers are kept waiting for long, tedoius hours until they are allowed to cross into Israel. The report documents a number of first-person accounts of this harassment and violation of the right to freedom of movement, which was guaranteed by Israel in earlier agreements.

“There is no justification for punishing Palestinian businessmen, or anyone else, for merely trying to make a living and support their own families and others in Gaza,” says Adel.