Israel’s annexation of Palestinian land will be the result of U.S. policy, not a betrayal of it 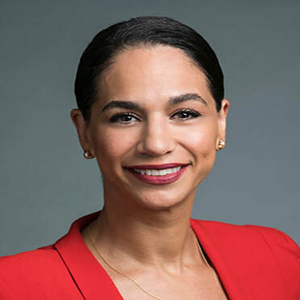 Noura Erakat
Member of the Board of Trustees
@4noura

A new unity government has been installed in Israel, set to govern for 36 months with the premiership shifting hands between Benjamin Netanyahu of the Likud Party and Benny Gantz of Blue and White. The agreement stipulates the operation of an emergency government in order to focus specifically on the coronavirus pandemic —with the singular exception of a possible vote on annexation of West Bank territory as early July 1.

The urgency surrounding annexation reflects a desire to capitalize on the Trump administration’s “Deal of the Century,” which unilaterally consolidates all of Israel’s territorial takings over the past five decades. The plan cements the containment of Palestinians within a series of 115 bantustans and signals the irreversible death of a viable Palestinian state. And while the acquisition of territory by force is a war crime, Secretary of State Mike Pompeo referred to it as a matter of Israeli prerogative.

News of the impending annexation has unnerved the liberal Zionist political establishment. Americans for Peace Now admits that the move would make clear Israel’s intention to oversee an "apartheid-like reality.” J Street, which has historically opposed any meaningful censure of Israel — including economic pressure to achieve Palestinian rights through boycott, divestment and sanctions (BDS) — responded to the plan by endorsing the conditioning of U.S. funding to Israel. Their anxiety suggests that the threat to Palestinian self-determination, and mostly to Israel’s Jewish demographic majority, is an aberration of current Israeli and U.S. governments. That ahistorical perspective is precisely the problem.

The reality on the ground already reflects de facto annexation of Palestinian lands. Trump and Netanyahu’s plan for de jure annexation is based on decades of harmful U.S. policy in the region, including the bilateral peace process, constructed by political centrists.

Since 1967, successive U.S. administrations have insisted that settlements are contrary to international law and counterproductive to peace. In practice, each has provided Israel with unequivocal financial, diplomatic and military support, enabling it to expand and entrench its sprawling settler-colonial enterprise. Even the Carter administration, responsible for the 1978 State Department legal opinion that civilian settlements in occupied territories are “inconsistent with international law,” only slapped Israel on the wrist when Menachem Begin accelerated settlement expansion in 1977.

Continued unequivocal U.S. support includes diplomatic immunity for Israel in the international community. In accordance with the land-for-peace arrangement enshrined in United Nations Security Council Resolution 242, the United States framed international law as an impediment to negotiations and used its Security Council veto 43 times between 1967 and 2017 to shield Israel from international accountability. Even when the United States withholds its veto, as the Obama administration did when it abstained on UNSC Resolution 2334 condemning the settlements, it ensures the immutability of Israeli settlements. Just three months before the Security Council vote, President Barack Obama increased military funding to Israel from $30 billion to $38 billion over a 10-year period.

As the self-appointed sole broker for peace, the United States only furthers Israel’s expansionist interests. As put by Aaron David Miller, who served six U.S. secretaries of state on Arab-Israeli negotiations, the United States has operated more like “Israel’s attorney … at the expense of peace negotiations.”

Contrary to what political centrists would like to believe, the “Deal of the Century” is a culmination of U.S. policy. Similarly, Israel’s annexation scheme reflects a territorial reality ushered by the peace process.

The 60 percent of the West Bank territory that Israel seeks to annex is known as Area C, a jurisdictional category invented by “Oslo II,” the 1995 Interim Agreement. According to the World Bank, Area C contains “the majority of the West Bank’s natural resources” and could generate up to $3.4 billion for the Palestinian economy. Since 1995, under the cover of peacemaking, Israel has steadily removed Palestinians from Area C and concentrated them into Areas A and B, expanding its settlement enterprise in their place. According to the Office of the U.N. High Commissioner for Human Rights, Palestinians now have access to less than 1 percent of Area C lands.

Concern about Israel’s impending annexation of the West Bank is rightly placed, but we should be honest about how we got here. Formal annexation is the predictable outcome of decades of unequivocal support for Israeli policies and is simply a rubber stamp for Israel’s de facto annexation of Palestinian lands, as well as its current administration of a separate-and-unequal apartheid regime.

The calls for accountability from liberal quarters are inexcusably late but should not now be contingent on Israel’s next move. Palestinians can tell you that the worst-case scenario already exists: As non-sovereigns of their own state and non-citizens of Israel, they are subjected to perpetual Israeli domination. It is past time to censure Israel, by conditioning U.S. funding at a minimum, and to reckon with U.S. responsibility for this outcome by abandoning the bilateral framework in favor of an internationalist approach.